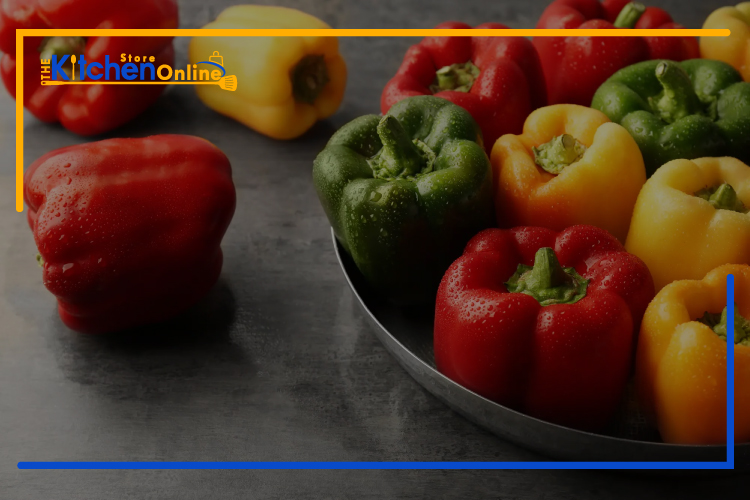 Vegetables are surprisingly controversial. And not only because tomatoes are technically fruits.

Fruits and vegetables typically are kept in the refrigerator or at room temperature and that is one of the most popular issues.

Anyone who has heard advice about storing things under the sun has heard it from someone, somewhere.

Certain vegetables require plenty of dry heat, others require a lot of humidity, and others don’t enjoy being cool at all. It’s hard to remember all of this!

You should take the time to memorize it even if it seems confusing. A lot of your kitchen’s perishable items come from produce.

It helps to know how to store everything properly to eliminate waste, save dollars on expired food, and to save time running to the store.

Get to know the ins and outs of storing peppers properly!

How Long Do Bell Peppers Last In The Fridge?

It depends on several factors how long a bell pepper will last in your fridge. Various pepper colors last for different amounts of time. Raw peppers and cooked peppers last a different amount of time.

When stored properly in the fridge, uncooked bell peppers can last 1-2 weeks. On average, red peppers will begin to go mushy around one week into our timeframe.

About 10 days will be enough time for yellow peppers to last.

Yellow peppers and red peppers last longer than green peppers when they are cut. Once they have been cooked, the color of the pepper will not affect their shelf life. A cut bell pepper usually lasts three to five days.

Red and yellow peppers will last about three days, while green peppers last about five days.

The next section is dedicated to how to properly store bell peppers in the refrigerator, which assumes they are stored properly.

Bell peppers can be stored in the fridge for 3-5 days if they are cooked.

How To Properly Refrigerate Bell Peppers

How you store bell peppers is important for keeping them fresh.

Besides putting them in the fridge and not on the counter, they should also not be in close proximity to certain other foods and have the right amount of moisture.

A bell pepper’s moisture can evaporate easily, resulting in wilting. A bell pepper that is left in contact with moisture will also turn slimy.

After a month in your refrigerator, you find them still in the plastic bag from the produce section of the grocery store, and some are now 50 percent slimy.

Cut bell peppers should be stored in an airtight container with a damp paper towel. The controlled environment will help preserve the freshness of cut peppers for a longer period of time since they lose moisture much more quickly.

Keep bell peppers away from all fruits in the refrigerator.

When fruits and vegetables ripen, they produce ethylene, a gas that causes them to ripen. As a result, peppers are sensitive to this gas and may rot prematurely if exposed.

You’ll want to store the peppers in the crisper drawers of your fridge. Crisper drawers often feature slippers with “low – high” written on them or pictures of fruits and vegetables.

The crisper drawer should be set on “high” or “vegetable” to ensure that the peppers will be preserved longer.

What Happens If Bell Peppers Aren’t Stored In The Fridge?

Whenever possible, keep bell peppers at room temperature if you are unable to keep them refrigerated.

The shelf life and possibly the texture of the products will be negatively affected, however.

Consider storing food at room temperature on a shelf or cabinet that does not get extremely hot, such as a pantry or cabinet.

It can also affect the texture of the peppers when they’re at room temperature. There’s probably less humidity inside your fridge than your warm kitchen counter.

Peppers lose moisture faster when warmer air and less humidity combine. As a result, they are softer and less crunchy.

Although the peppers will last less time, they will still be edible. There will be a faster softening of the texture and decay of the inner flesh.

It is possible to germinate seeds from peppers if you leave them on a warm counter—especially if it gets lots of sun!

You can do a few things to help protect the pepper if you must store at room temperature. The pepper will remain fresh for longer and retain its texture.

Maintain a cool, dry environment for best results. The stems will help keep the pepper moist. Put it in a paper bag or a linen bag if possible.

The pepper’s immediate environment will be more humid when stored in this type of bag and its firmness will be preserved.

Here are some questions you might have had while reading this article regarding how to store bell peppers so they last longer.

Can bell peppers be stored at room temperature?

Do carrots need to be refrigerated?

As a rule, carrots need to be stored in the fridge unless they’ll be used within a few days. Drying out, wrinkling, and eventually rotting carrots can happen very quickly.

Carrots are best stored in the fridge, preferably in the crisper drawer, since the process occurs much faster at room temperature.

Do onions have to be refrigerated?

Refrigerating onions can make preparation easier, but it isn’t necessary. Cool onions make you cry less than hot ones!

Our eyes burn when onions release a gas that causes them to cry. Since the gas in your onion does not burn as much when it’s cold, you will not burn your eyes when you cut it.

This trick can also be used by putting the onion in the freezer for 10-15 minutes before peeling and cutting it.

Do tomatoes have to be refrigerated?

The fridge isn’t necessary for storing tomatoes, but that will allow them to last longer. Also, while you’re storing tomatoes, you should keep them away from fruit, as some emit gases that can turn tomatoes mushy too quickly.

However, tomatoes will start rotting faster if they are stored on the counter. Refrigerating tomatoes also makes their texture firmer. Even though it hasn’t snapped yet, the skin still ‘feels’ fresh in your mouth.

A bell pepper could last 7-10 days under those conditions. As long as you didn’t do any of these things, the cold would last for between 3 and 7 days.