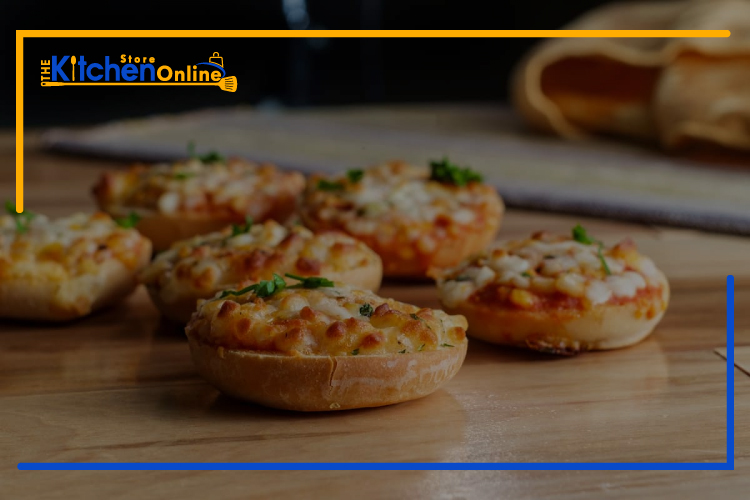 Many people adore bagel bites. This delicious combination of bagels and pizza comes in a wide variety of flavors to suit everyone’s taste.

As described on the package, Bagel Bites can be baked, toasted, or microwaved.

But you can also cook Bagel Bites in the air fryer too!

What are the cooking instructions for bagels in an air fryer? In general, Agel Bites can be cooked in an air fryer or in an oven. In an air fryer set at 375°F, the bite-size snacks will take five to six minutes to cook.

It is also possible to cook Bagel Bites in the oven, a toaster oven, or microwave using the steps outlined in this article.

The Bagel Bites you make will also be explained in great detail.

What Are Bagel Bites?

Mosher and Garkzynski, who were once tennis partners, built a successful business together and then sold it to Heinz in 1991. Today, Bagel Bites is a subsidiary of Kraft Heinz.

Bagel Bite is available in six varieties. A popular variety is Cheese & Pepperoni.

By the way, the same brand produces Breakfast Bites in addition to the above-mentioned varieties. There are bites with eggs, bacon, cheese, and other typical breakfast ingredients.

The bagels come in a variety of sizes – usually 9 to 40 pieces per package. Crisping trays are placed in a box with nutrition information and instructions about how to cook the snacks in the crisping tray.

How To Store Bagel Bites

Even after that time, the snack is probably safe to consume. Keep in mind, however, that food loses taste and texture as it ages.

Therefore, Bagel Bites can be consumed beyond the ‘Best by date. The product’s maximal shelf life is only an estimate of how long it can retain its finest qualities of flavor and texture.

The remaining bites from the package should be stored properly to avoid getting freezer burn if you want to return the rest of the bagel bites to the freezer.

Put the frozen bagel bites in an airtight bag or wrap the box with cling wrap.

Check the Bagel Bites for signs of spoilage if you have stored them improperly or have had the bites for longer than the date on the package.

In the event of severe freezer burn or discoloration, throw away the bagel bites.

The consumption of freezer-burned bagel bites is not harmful. Although the bites will taste less tasty and come out with a less appealing texture when cooked.

3 Things You Should Know Before You Cook Bagel Bites

The only thing you need is a bag of bagel bites. The process of preparing and enjoying them isn’t complicated at all. Before you prepare Bagel Bites, you should know a few things.

Can You Cook Bagel Bites In An Air Fryer?

People who want to eat healthier food are turning to air fryers as cooking appliances. It does not require oil. By passing hot air through the food, it makes it crisp.

Fried food is healthier when it is cooked in an air fryer. Bagel Bites don’t contain any oil, so it makes no difference.

Bagel Bites can definitely be cooked in an air fryer.

How To Cook Bagel Bites In An Air Fryer

Air-frying Bagel Bites does not affect their flavor at all. Air fryers do make your food crunchy since the hot air cooks the inside while crispening the outside because of the heated air.

This recipe for Air Fryer Bagel Bites will walk you through the steps.

In the air fryer, the bagel bites need to be cooked for 5-6 minutes after they are cut into slices. It is important to keep in mind, however, that not every air fryer is alike.

It is possible that the cooking time will vary depending on the different temperatures of air fryers.

To avoid overcooking, we recommend checking the bagel bites after five minutes. The bites may need to be taken out or left to further cook for 1-2 minutes depending on your air fryer.

Although not every household has an air fryer, Bagel Bites can still be cooked in a few different ways.

According to the manufacturer, while air fryers are great for cooking Bagel Bites, there are more efficient ways to prepare them.

There is information on the box of these frozen snacks regarding how to prepare Bagel Bites in a microwave, oven, or toaster oven.

The manufacturer may also suggest considering the cooking time and temperature of your device, as they may vary from one device to another.

This step-by-step discussion shows you how to make Bagel Bites in the microwave, in the oven, and in a toaster oven.

Adding a microwavable element to Bagel Bites will give you soft, melt-in-your-mouth snacks. The 9 Bagel Bites take only two and a half minutes to cook in a microwave of 1100 watts.

The following is a recipe for microwave Bagel Bites.

Baking in the oven will give you Bagel Bites with a crisper finish than cooking in the microwave. To bake bagel bites, follow these steps.

It is a good idea to use a toaster oven to cook only a few Bagel Bites. The following instructions describe how to cook bagels in a toaster oven.

Are Bagel Bites Easy to Make?

You can make your own bagel bites with just a few ingredients if you don’t find a flavor combination you like in commercially manufactured bagel bites.

The following items will be needed:

How To Make Bagel Bites

Bagel bites from scratch take more time to make than frozen snacks that are already baked. However, it is still fairly easy to make.

Are Bagel Bites Good For You?

These nostalgic treats aren’t healthy, but they sure are nostalgic. The mini pizzas are high in calories and low in nutrients.

Each serving of Cheese & Pepperoni Bagel Bites contains approximately 190 calories. Despite containing 7 grams of protein per serving, the bites are high in sodium.

It doesn’t matter which variety of bagel bites you have, they all have unhealthy ingredients and additives.

It’s okay to snack on Bagel Bites whenever you like. However, don’t heat them too much. Balance out your diet with some healthy and fresh snacks.