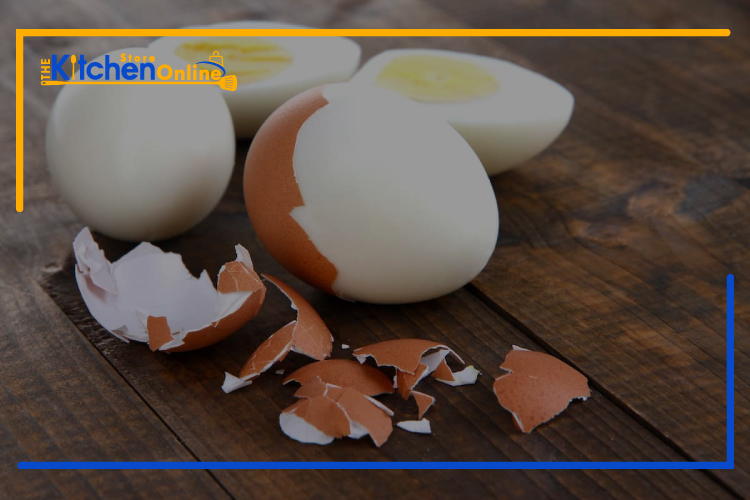 A good source of protein, boiled eggs are delicious. These are great for a variety of dishes, salads, or just a simple salt and pepper snack. They can be used in a variety of recipes and have a number of health benefits.

It’s true that perfect boiled eggs are difficult to come by. After boiling, how are they supposed to be heated back up? It seems like it’s so easy to overcook or undercook them.

This is a huge mess, and only if you get it just right will you be able to enjoy your perfectly cooked egg, right?

Is it possible to re-boil eggs? Reboiling eggs is possible, but it should be approached with caution. It’s best to refrigerate them first before boiling them again, for example. Be aware that re-boiling them will degrade their quality slightly, but it’s a convenient option to have on hand.

Here, we’ll show you how to reboil eggs and go over what to expect along the way. Undercooked eggs can be dangerous, so we’ve got some advice on how to handle them safely. By the time we’re done, you’ll know everything there is to know about boiled egg safety and more!

Continue reading to find out how to properly reboil eggs and more.

Can You Reboil Eggs? Everything You Need to Know

At first glance, it appears that reboiling eggs is impossible. You can, however, in reality.

Now, you should be aware that you shouldn’t immediately put hot eggs back on the stove after taking them off the heat. That has the potential to spoil your eggs at this point.

If you discover that your boiled eggs are undercooked, the best course of action is to place them in the refrigerator and leave them there for a few hours before attempting to cook them further.

Even if you’ve already peeled the eggs, you can reboil them. It’s fine if you peeled them all at once and later decide they’re not as tough as you wanted them to be.

How to Reboil Eggs Properly

First, let’s talk about reboiling eggs. After that, we’ll get into more specifics.

Boiling eggs can be warmed in the microwave, but they cannot be further cooked. Reboiling them in the microwave could result in an egg explosion, so avoid doing it. That mess is the last thing anyone wants to clean up!

If necessary, you can remove the yolk from the egg and cook it separately for a little longer.

However, as previously stated, we recommend simply re-boiling your eggs on the stovetop, but it is an option if necessary.

So, what’s the point of reboiling your eggs again?

You may have assumed they were hard boiled before opening them, only to discover they were actually soft boiled. A runny boiled egg, on the other hand, may not be to your taste.

You might have wanted soft-boiled eggs at first, but have since switched to hard-boiled. There are numerous reasons why reboiling your eggs may be necessitated, so why not be well-versed in the procedure beforehand?

The stovetop is the best option for reboiling eggs. As previously mentioned, the process works best if your eggs are chilled for a short period of time. However, this isn’t a hard and fast rule.

How to Reboil Eggs on the Stovetop

Keep in mind that you will no longer be bringing the water to a boil with the eggs in it as you did previously.

This method works with both peeled and unpeeled eggs. You should also store your boiled eggs correctly and only for a safe period of time after cooking them.

It’s safe and simple to re-boil eggs in a stovetop pot on the stove top. In order to accomplish this, adhere to the steps listed below:

Your boiled eggs will be reheated, but they’ll be even harder than before because of the extra heat. For now, you’re gaining an advantage because the shell is becoming softer, making it easier to peel them off.

Regardless of whether the eggs have already been peeled or not, this method will still work.

How to Reboil Eggs in the Microwave – Separated Yolk

If you were able to separate your egg whites from the yolks, follow these simple instructions:

What Do I Do if My Eggs Are Not Fully Boiled?

Don’t be alarmed! Following the instructions in the preceding section will help you improve the doneness of your egg after you’ve already boiled it.

If reboiling your eggs doesn’t make them any better, try letting them sit for a longer period of time. It’s possible they simply needed more time (especially since they were warming up from fridge temperature).

Cooking the egg longer to harden the yolk is possible even if it has already been cracked open. If you’re lucky, the egg white will be done, but the yolk may not be as firm as you’d like it.

People prefer their egg yolks prepared in a variety of ways. While the terms “soft boiled” and “hard boiled” are commonly used, there are several degrees of doneness within each. So runny in fact, that some people prefer their soft-boiled eggs that way. It’s completely up to personal taste.

You don’t have to throw out your egg if you open it and discover that it isn’t quite finished as you had hoped. Even if you have to wait until 3 days later to eat your first fridge-fresh egg.

If you want it perfectly done, simply follow the instructions and reboil your egg.

In the long run, it’s best to make sure your eggs are properly cooked from the start. Soft-boiled eggs typically take 4-6 minutes to cook, while hard-boiled eggs require 8-12 minutes to boil.

Eggs can be cooked in a variety of ways, so this is merely a rough estimate. It could differ based on the procedure you’re employing.

Can An Egg Be Over Boiled?

To overcook eggs results in a strange green coloration of the yolk, as well as a green coating around the white. A runny yolk is a sure sign that an egg has been overdone.

When an egg is overcooked, hydrogen sulfide is released into the egg white, contaminating the dish. It’s possible that eating an egg with a green coating on the yolk will make you sick. It’s a dead giveaway that the egg was overcooked.

When eggs are overcooked, they become tough and rubbery, and the final product is unappealing.

The majority of the time, an overcooked egg with a green layer around the yolk is still safe to eat, but some experts advise against it. This has the potential to be harmful.

We hope that this guide to reboiling eggs will help you better understand the process and all of the important information you should be aware of in order to reboil eggs successfully.

Keep in mind that if you’re not careful, your eggs may end up overcooked.

Below you’ll find a list of frequently asked questions and their associated answers, which may be of assistance to you.

How Long Do You Boil an Egg if You Want It Runny?

Boiling time for a soft boiled egg is typically between 4 and 6 minutes.

The egg will be softer if it is undercooked. If you prefer a slightly runny yolk, cook it for only 4 minutes on the stove. The harder the yolk becomes after cooking an egg for a longer period of time.

When it comes to eating eggs, there’s always the risk of contracting Salmonella. Raw eggs are dangerous, so we wonder if eating a runny, hard-boiled egg is any better.

The higher the risk of salmonella, the less time the egg has to cook.

While slightly runny egg yolks should be avoided, they are still safe to consume. Despite the fact that the egg has been cooked and heated, there is still a risk of contamination. Even if your hard-boiled egg came out soft-boiled, don’t worry.